Cardiff Greens support residents over Llanishen Park concerns
Cardiff Green Party supports local residents in a call for greater progress on the long-awaited refurbishment of Llanishen Park. After three months of closure, the park has opened in a dishevelled state with damaged, rotten and missing benches, peeling, rusting bins and dirty signage. While the laying of new paths and upgrade of play equipment is welcome, wider essential improvements are long overdue.
“Green spaces are not optional extras,” says Llanishen resident and Cardiff Green Party member Michael Cope. “They are essential to resident’s mental and physical well-being as well as being havens for wildlife. Every resident of Cardiff should be able to enjoy well-maintained, easily accessible green space. Cardiff Council must commit to increasing the amount of green space in Cardiff and protecting existing green space from development”.
Cardiff’s Labour-run Council claims investment in local parks, but this rings hollow when considered alongside the amount of green space Cardiff has lost over the years. A 2017 Ordnance Survey report put Cardiff fourteenth out of nineteen cities in terms of green spaces, with only eight per-cent of the city being publicly accessible green space. Since then, more has been lost. Party activists are fighting to save Cardiff Bay’s Britannia Park and Whitchurch’s Northern Meadows, which are under threat. Cardiff Green Party continues to tackle these issues in the run up to the 2022 Council elections. The party is clear that elected Greens “will put the environment at the heart of council decision-making, to ensure that ‘green’ talk is backed with action”. 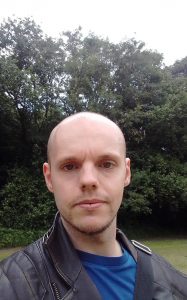